Chinese brolly-sharing startup loses most of its inventory: Report 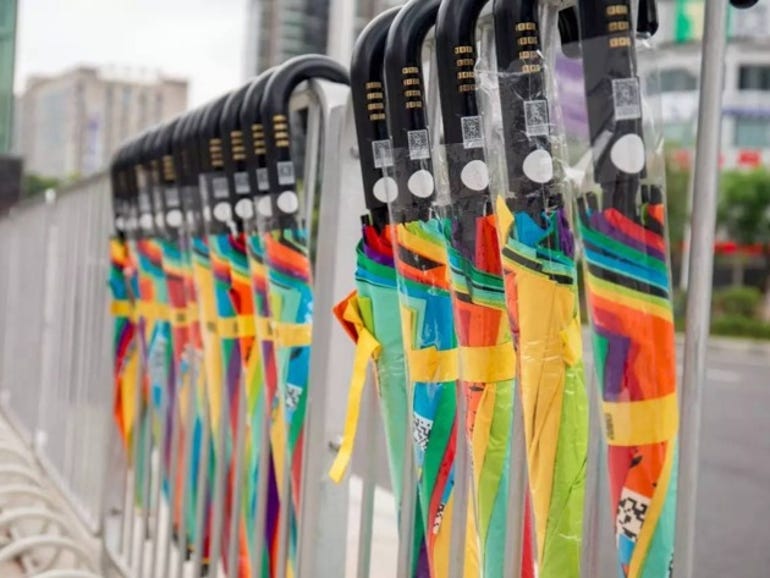 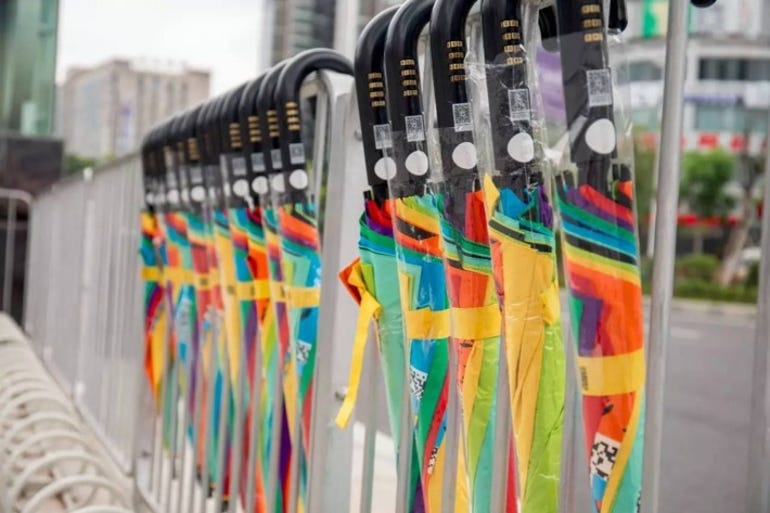 The concept of sharing umbrellas might have not resonated with Chinese locals who failed to return most of the brollies provided by a new, venture-backed startup Sharing E Umbrella.

Less than three months after launching, the Chinese umbrella-sharing startup has reportedly managed to lose almost all of its 300,000 brollies, each of which costs 60 yuan to replace.

Whether the wind is to blame for the missing brollies or users were uncertain how to return them after use, Sharing E Umbrella’s founder and CEO Zhao Shuping remains optimistic about the company achieving its goal to have 30 million brollies available for rent across China by the end of the year.

To rent a brolly, people are required to pay a 19 yuan deposit, plus 50 jiao for every half hour of use, via an app. After paying the deposit, users receive a code to unlock one of the brollies hung on fences and railings across 11 cities in China.

“Umbrellas are different from bicycles,” Shuping told the South China Morning Post. “Bikes can be parked anywhere, but with an umbrella you need railings or a fence to hang it on.”

The Zhejiang-based startup, which received 10 million yuan in investment in May, does not appear to charge users a penalty for unreturned brollies.

Sharing E Umbrella is not the only company to capitalise on umbrella demand; Esan, Molisan, and Chunsun are all also venture-backed umbrella rental services operating in China.

The umbrella trend is reminiscent of the shared-bike wave that hit China after Mobike’s bike rental service was launched in Shanghai in April 2016. However, unlike Mobike, which recently raised $600 million, and its competitor Ofo, which recently raised $700 million, 30-plus bike sharing apps in the country have had to shut down, according to the South China Morning Post.

Chongqing-based Wukong Bicycles, for example, was forced to close down in June after losing 90 percent of its bikes within five months of launching. The bikes were not equipped with GPS devices, making them impossible to track.

The shared-bike wave has, however, faced criticism for crowding roads, footpaths, and parking lots, with local governments being pressured to introduce rules to reduce congestion, according to state news agency Xinhua.

Local governments in cities such as Shanghai and Tianjin have already started introducing rules that require companies to hire at least one maintenance employee for every 200 bikes and limit a bicycle’s service life to three years, Xinhua has reported.

Regardless, China’s sharing economy is booming; in 2016, sector saw deals worth 3.45 trillion yuan ($500 billion), up 103 percent from the previous year, according to a report released by the Chinese government’s Sharing Economy Research Center.