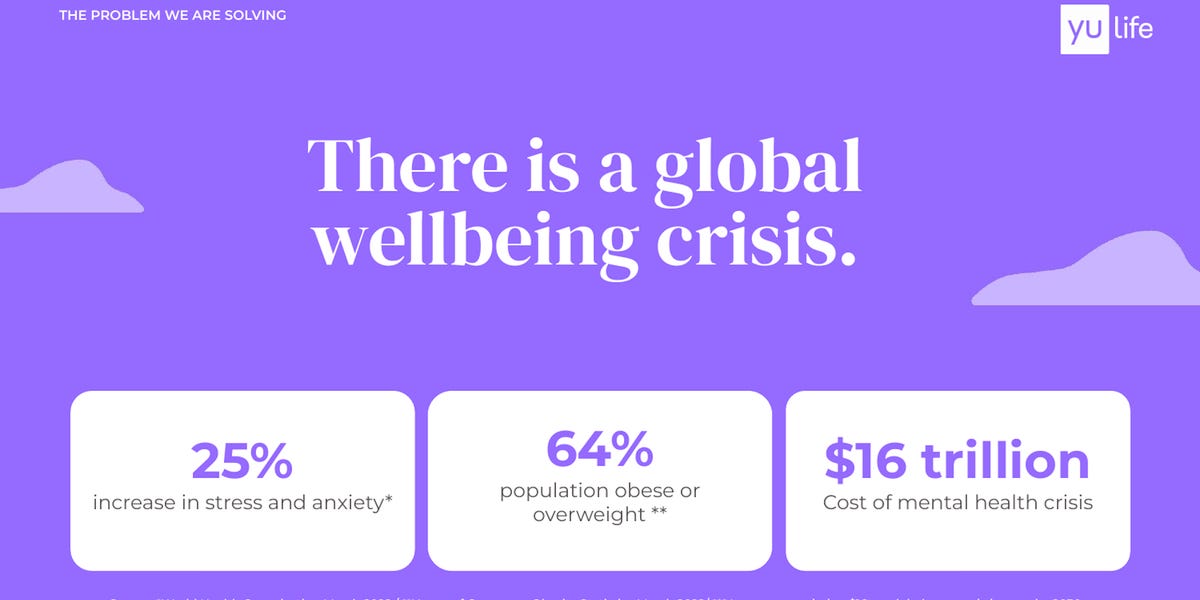 The London-based startup was founded in 2017 and wants to differentiate from traditional competitors, who provide a lump sum upon death, by focusing on offering incentives such as Amazon vouchers and air miles for users to put their health and wellbeing first.

The startup has its own virtual currency, YuCoin, which can be earned by completing everyday wellness activities such as walking, cycling, meditation , and mindfulness . Employees can log their exercises on the company’s app, where it will grant them one YuCoin per mile walked. More recently, the company has offered tree planting as an exchange for coins.

“Our proposition has been borne out post-pandemic and building a culture of wellbeing at companies has gone from being a fringe offering to now becoming more mainstream,” Sammy Rubin, cofounder and CEO of YuLife, said. “Employees now expect more from their employers and that’s what we’re offering.”

Rubin said the company now manages half a million policies and had quadrupled revenues in the year since its last funding round.

“We weren’t looking for funding but the company wanted to make a strategic investment in Europe and they like our model and our focus on prevention,” Rubin said.

Funding will go towards further growing YuLife’s headcount, which stands at nearly 200. The company will also expand beyond the UK into the US market at the start of 2023 and has begun hiring staff in North America and beginning the process for regulatory approvals.

The global life insurance market is valued at around $2.2 trillion, per Swiss Re.