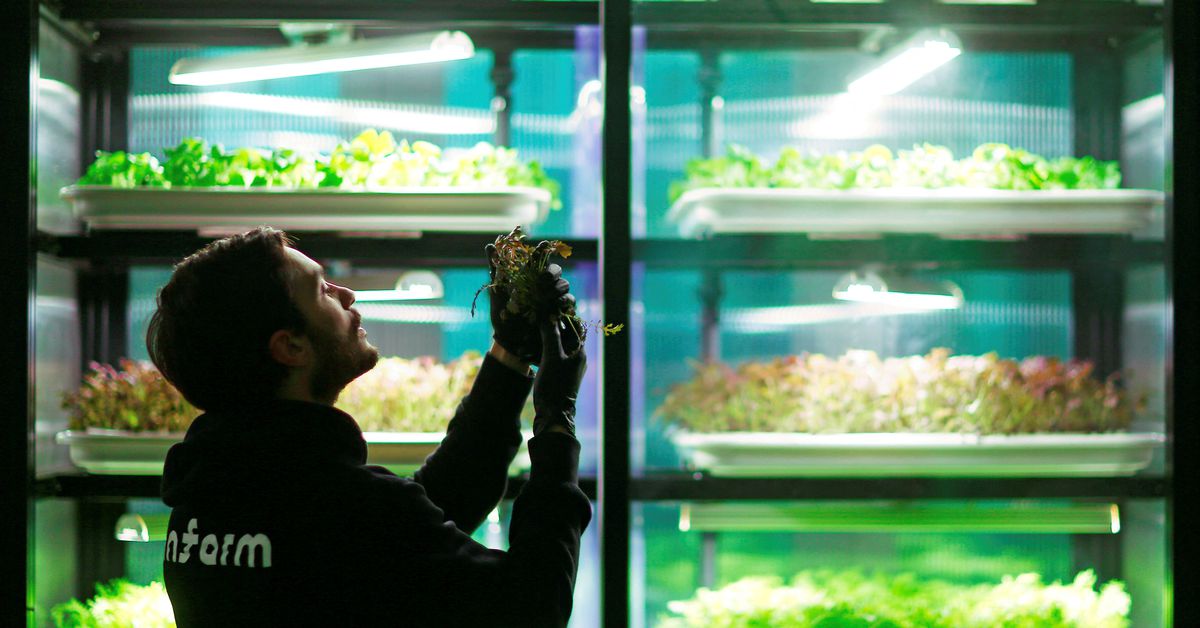 An employee of the urban farming start-up Infarm checks an indoor growing system at the company’s showroom in Berlin, Germany, February 5, 2018. REUTERS/Hannibal Hanschke

BERLIN, Dec 16 (Reuters) – German vertical farming start-up Infarm said on Thursday it had raised $200 million from investors to help expand its presence and products, achieving a valuation of over $1 billion.

The Berlin-based company, which currently focuses on indoor production of herbs and salad greens, uses cloud computing to manage the cultivation of produce that is grown close to consumers, minimising its environmental impact.

Its growing centres, which consist of automated, 25-square-meter modules, can generate a harvest that would usually need up to 10,000 square meters of soil-based farmland, using 95% less water, 90% less transport and zero chemical pesticide, Infarm says.

Infarm operates more than 17 growing centres as well as some 1,400 in-store farms for grocery stores.

Infarm wants to use the cash injection to expand the company’s presence in the 11 countries it is currently in, including Japan, the United States and Germany, and expand to further markets, especially in the Middle East.

The company, whose customers include Kroger, Marks & Spencer and Aldi Sued, also plans to expand its current offerings next year with 40 new crops, including new mushrooms and a cherry tomato.

Among the investors are the Qatar Investment Authority and Skype (MSFT.O) founder Niklas Zennstrom’s Atomico fund.