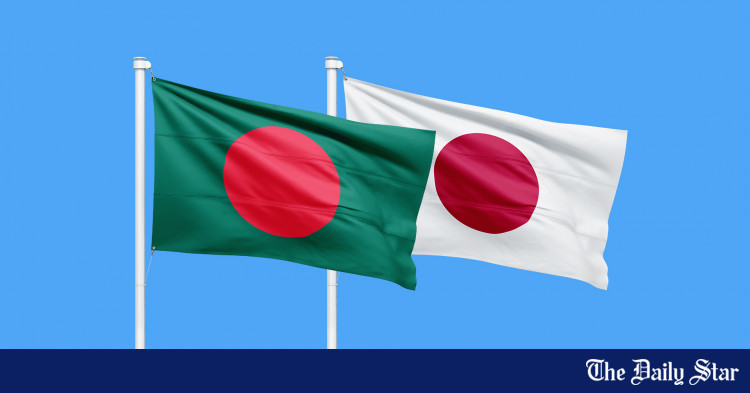 Japan and its private sector can play a pivotal role in bringing in investment to Bangladesh and help the country tap opportunities in the time of the fourth industrial revolution, said speakers yesterday.

They termed Chattogram, the gateway of Bangladesh thanks to its strategic geographic position, as the key point of interest for successful implementation of Japan’s BIG-B (Bay of Bengal Industrial Growth Belt) objectives and Bangladesh’s transformation to become the heart of the regional economy connecting South East and Southwest Asia.

They were addressing a webinar titled “Celebrating 50 years of Japan Bangladesh Friendship and looking forward to a prosperous future”.

Speaking at the programme, Information and Broadcasting Minister Hasan Mahmud hoped that Japan which remained the trusted friend of Bangladesh in its socio-economic development for the last 50 years would continue to extend its cooperation to help the country elevate to a higher middle-income nation by 2031 and to a developed nation by 2041.

Terming Japan as the largest destination of Bangladeshi products in Asia, Mahmud said, “At present, Bangladesh mostly exports RMG and leather goods to Japan where we have the opportunity to export more items.”

He said Japanese investment in Bangladesh will grow more and more as the special economic zone is ready at Araihazar of Narayanganj.

Ambassador of Japan to Bangladesh Ito Naoki said the friendship and cooperation between Bangladesh and Japan can become more robust.

Japan would cooperate for early repatriation of Rohingya people staying in Bangladesh, he said.

Naoki hoped to organise the Bay of Bengal Growth Summit at Chattogram once the pandemic is over.

CCCI President Mahbubul Alam said mega infrastructure projects are being implemented in Chattogram, including the expansion of the Chittagong port’s capacity, setting up of special economic zone in Mirsarai and Matarbari deep seaport.

They would be a game-changer in transforming Chattogram into a trans-shipment hub in the region, he said.

He stressed the need for raising private sector investment exponentially to truly utilise these infrastructures.

“And for investments to grow in the time of the 4th Industrial revolution, we need strong technical know-how and experience, where Japan and its private sector can play the pivotal role by bringing technology and experience of large-scale industrialisation.”

Hikari Kawai, president of the Japanese Commercial and Industry Association in Dhaka, said the organisation had 12 Japanese companies as members in 1972. Now, the number of members is 120 companies.

Every year, more companies are becoming active in Chattogram and its surrounding areas such as Matarbari and Mirsarai, Kawai said.

Kazuya Nakajo, executive vice-president of the Jetro headquarters in Tokyo, said Bangladesh can be an attractive destination by upgrading the geographical function of Chattogram and Matarbari to a value chain hub between India, South Asian nations, the Asean and Japan.