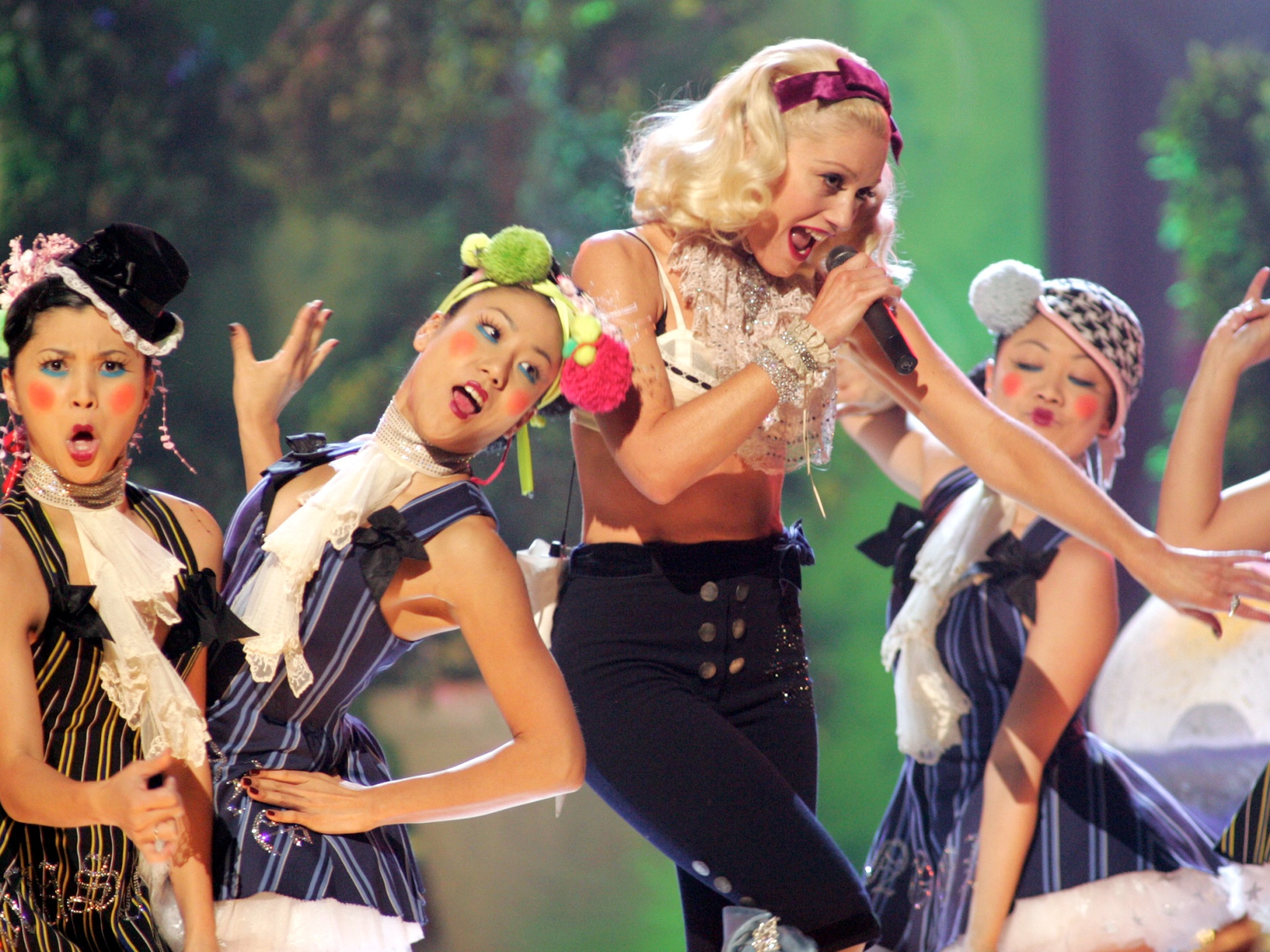 Tokyo, Japan – When Eriko Sairyo, a 30-year-old professional who lives in Shizuoka, Japan, saw that American pop singer Gwen Stefani was being accused of “cultural appropriation” in Western media, she couldn’t understand the controversy.

“I personally think that it’s pretty cool that people want to incorporate Japanese styles into their fashion,” Sairyo, who works in the medical devices industry, told Al Jazeera.

“I don’t have any issues when, for example, foreigners wear kimono and walk around Kyoto for sightseeing. I actually love it that people love our culture.”

In an interview with Allure magazine published last week, Stefani, 53, sparked outrage across English-language media and social media with remarks expressing the deep sense of connection she feels with Japanese culture.

Stefani, who is Italian-American, defended taking inspiration from Harajuku fashion, named after the eponymous Tokyo neighbourhood, for her fragrance and apparel brands, and recalled her first visit to the famous fashion district.

Jesa Marie Calaor, the article’s Filipino American author, wrote that the interview left her “unsettled” and quoted several US academics warning of the dangers of white people commodifying the cultures of marginalised groups, including distorting perceptions other people have of minorities and that minorities have of themselves.

Media outlets including CNN, The Guardian, CBS, ABC, NBC and Buzzfeed picked up the interview and resulting social media firestorm, while notably omitting any reference to the views of Japanese people themselves. 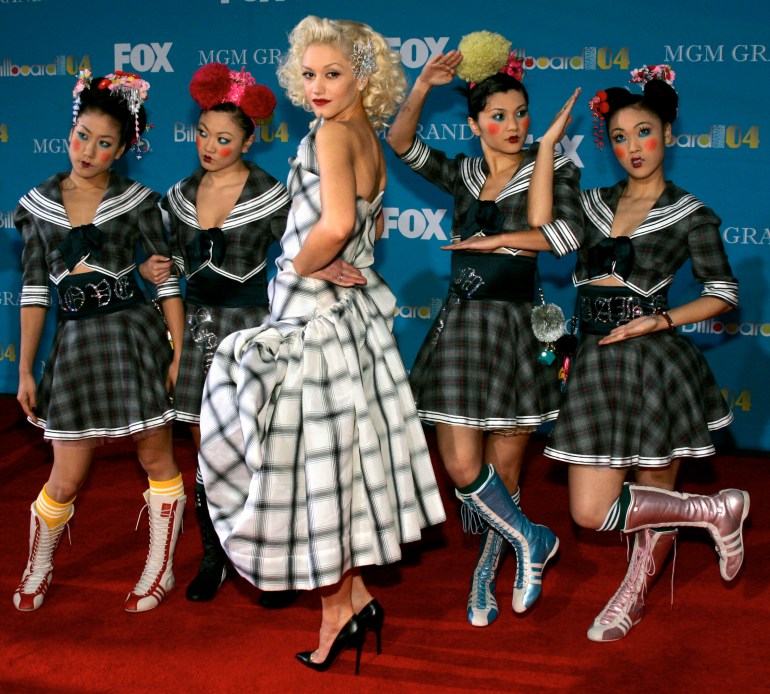 Gwen Stefani has defended her use of Japanese cultural motifs in her music and fragrance and fashion lines [File: Steve Marcus/Reuters]

In Japan, the controversy has barely registered a blip. Japanese media have largely ignored the Stefani interview, with the only references to the controversy appearing on small webzines and blogs.

On social media, some Japanese users have posed defences of the former No Doubt singer on the accounts of Western media outlets that accused her of cultural appropriation, which broadly describes the inappropriate adoption of the customs, practices or ideas of a culture by members of another group.

Sairyo said most Japanese are neither familiar with nor sensitive about cultural appropriation, a once-obscure academic term that has moved from US university departments into the Western mainstream in recent years.

Some Japanese even use the term pori-kore – a portmanteau of “political correctness” – to describe those who discuss such issues, she said.

Lyn Tsuchiya, a 23-year-old Japanese professional living in Tokyo, said she was unfazed by Stefani’s comments.

“I think it’s fine to take inspiration from something you love into your work, as long as there is respect, with no stereotypical themes or misconceptions involved,” Tsuchiya told Al Jazeera.

Sae Nagamatsu, a 26-year-old francophone living in Tokyo, said she did not take offence after coming across reports about the controversy in French media.

“She just loves Japanese culture, and did not make disrespectful, offensive remarks towards Japanese people,” Nagamatsu said. “[Cultural appropriation] depends on the context.”

Stefani is not the first person to reveal a disconnect between Western sensitives around so-called appropriation and the perspectives of Japanese people themselves. 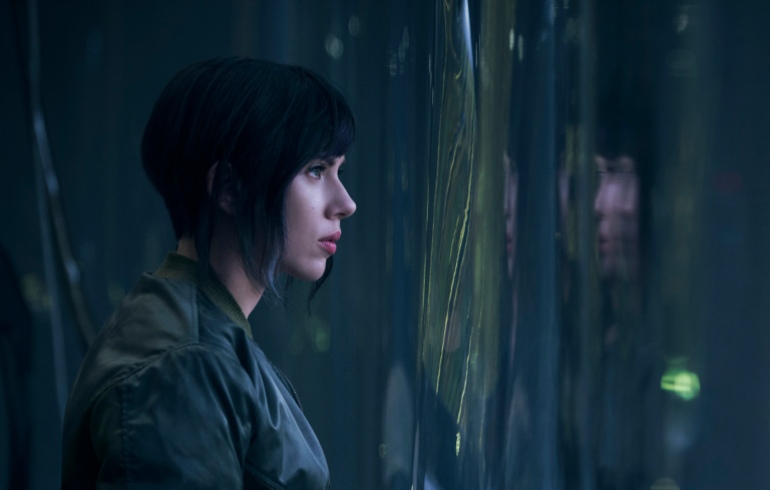 The Hollywood adaptation of Japanese anime movie Ghost in the Shell was ‘whitewashing’ in the US, but was a smash hit in Japan [File: AP]

The 2017 Hollywood adaptation of the Japanese anime movie Ghost in the Shell was slammed for “whitewashing” upon release, despite being a smash hit at the box office in Japan.

The 2020 PlayStation 4 game Ghost of Tsushima, a tale of samurai in feudal-era Japan made by Western developer Sucker Punch, faced accusations of racial stereotyping from Western media but received effusive praise from Japanese reviewers.

In 2015, the Museum of Fine Arts, in the US city of Boston cancelled its “Kimono Wednesdays” event where visitors were allowed to try on the Japanese garment after claims of racism, despite the exhibition having the endorsement of Japan’s national broadcaster and taking place without controversy in several Japanese cities.

Roland Kelts, a visiting professor at Waseda University and author of Japanamerica: How Japanese Pop Culture Has Invaded the U.S., said the ire directed towards Stefani and others accused of cultural appropriation is largely a Western preoccupation.

“No one I know in Japan aside from Western friends will take issue with her claims, which are mostly just silly pop froth… No one here needs to prove that they’re Japanese, so no one is threatened by a leggy Italian-American pop star proclaiming that she is,” Kelts told Al Jazeera.

“No one blinks when a Japanese bluegrass band wearing Stetsons and cowboy boots sings West Virginian coal mining ditties in Ginza,” he said, referring to one of Tokyo’s most popular entertainment districts.

“Or when Kentucky Fried Chicken’s Colonel Sanders is annually dressed as Santa Claus. But what’s remarkable is that many of Japan’s acquisitions from other cultures are seamlessly integrated into what it means to be Japanese. The language, the disposition, the core unconscious behaviour of Japaneseness remains intact.”

Even so, Kelts admitted that he is sensitive to some of the concerns over Stefani’s comments as a person of Japanese descent who grew up in the US.

“What’s sad and silly is that Stefani could have easily clarified that she loves Japanese culture and that it feels like part of her identity without embarrassing herself and insulting Asian Americans.” 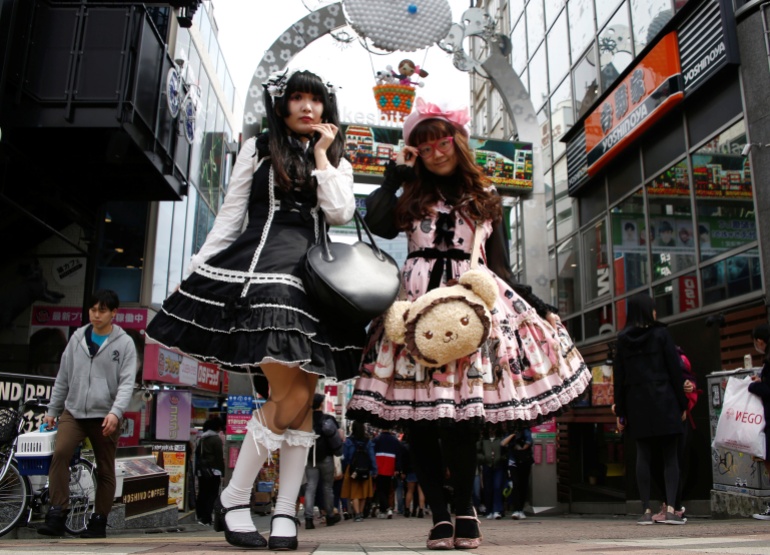 Stefani has a long history of using foreign cultural motifs in her work. She was frequently seen wearing a bindi, the dot worn on the forehead of people in the Indian subcontinent, in the 1990s. The music video for her 2005 song Luxurious features Hispanic props and costumes, while in Looking Hot, released 2012, she dressed as a Native American woman.

Stefani has pushed back against claims of cultural appropriation in the past.

Stefani has long maintained that she feels a kinship with Japan in particular.

Stefani’s 2004 album, Love.Angel.Music.Baby was heavily inspired by Japanese culture. In 2008, Stefani launched a range of fragrances packaged in bottles modelled after her four Japanese American “Harajuku Girls” backup dancers. The Harajuku Lovers perfume range, which won The Fragrance Foundation’s Fragrance of the Year Award in 2009, is sold in Japan, including at the largest e-retailer in the country, Rakuten, as well as in Western markets.

In 2015, she presided over the launch of the Japanese-inspired animated series Kuu Kuu Harajuku, which ran for three seasons over 78 episodes.

As a musician, Stefani toured Japan with No Doubt as early as 1995 and as a solo artist on The Sweet Escape Tour in 2007. 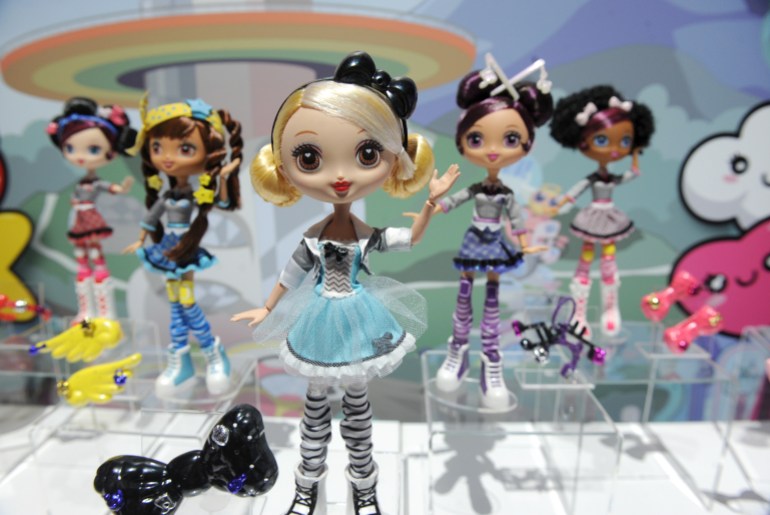 Gwen Stefani has released a range of products inspired by Japanese culture, including dolls based on her animated series Kuu Kuu Harajuku [File: Diane Bondareff/AP for Mattel]

Stefani has traced her “obsession” to her father Dennis, who travelled to Japan frequently in Stefani’s youth as an employee of Yamaha Motorcycles, often bringing back Japanese gifts for his young daughter.

Machiko Ikeoka Gozen, a 44-year-old entrepreneur who was raised in a samurai family in Kanazawa, the capital of Ishikawa Prefecture, said she sees the adoption of Japanese culture abroad as a cause for celebration.

“Culture is not a brand. It’s more deep and interconnected and the more visible it is, the stronger it is,” Gozen told Al Jazeera. “My family have used matcha tea for more than 400 years, and when I travel I see a lot of brands from the USA doing similar Japanese concepts… I feel more positive than negative as eventually such awareness will [attract] the public to the source.”

Karin Takeda, a 21-year-old student in the northern city of Sapporo, said she sees Stefani’s fascination as “proof that Japanese culture is being transmitted to the world”.

“I am very happy to see people enjoying Japanese culture across borders,” Takeda told Al Jazeera. “However, when Japanese people adopt other countries’ cultures, they are often criticised as ‘imitating America’. This is very sad. I think countries should be open to accepting each other’s cultures.”