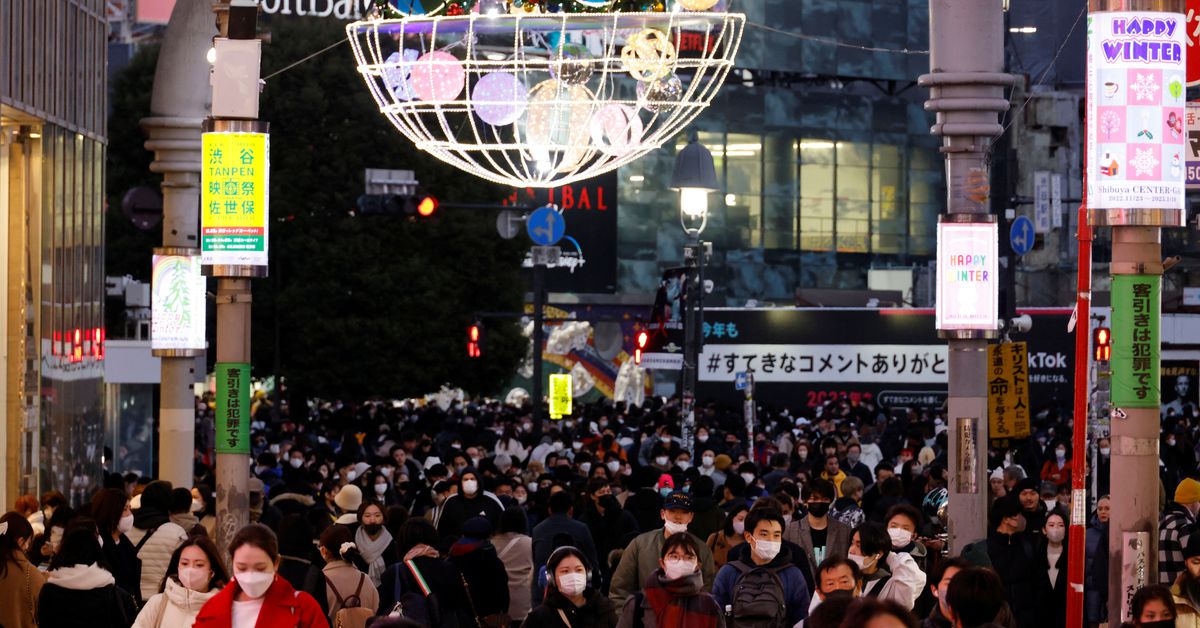 But analysts are divided on whether the Bank of Japan (BOJ) could raise rates this year, due to uncertainty on whether wages will increase enough to offset the hit to consumption from rising living costs and keep inflation sustainably around 2%.

“Companies aren’t that cautious about raising prices any more. We might see inflation stay above the BOJ’s 2% target well into autumn this year,” said Yoshiki Shinke, chief economist at Dai-ichi Life Research Institute.

“But wages are key. If inflation stays around 2% and Japan sees significant wage hikes, the BOJ could normalise monetary policy. If it deems the pace of wage hike as insufficient, there’s an equal chance it will stand pat,” he said.

The December increase in the core consumer price index (CPI), which excludes volatile fresh food but includes oil costs, matched a median market forecast and followed a 3.7% annual gain seen in November. It was the fastest annual rise since December 1981, when the index also rose 4.0%.

The annual rise in core CPI exceeded the BOJ’s 2% target for a ninth straight month, as prices rose for goods ranging from hamburgers and potato chips to air conditioners.

Core-core CPI, which strips away both fresh food and energy costs, was 3.0% higher in December than a year earlier, accelerating from a 2.8% gain seen in November.

A closer look at the data, however, shows that Japan has yet to face the risk of a wage-inflation spiral that has prodded U.S. and European central banks to raise interest rates.

The main driver was energy prices, which were 15.2% higher in December than a year earlier, faster than a 13.3% increase seen in November.

Among components of core CPI, prices of services were up just 0.8% in December on a year earlier, rising much more slowly than the 7.1% gain in goods prices – a sign of still-slow wages growth.

“It’s therefore hard to see the BOJ raising its policy rate even under a new governor and deputy governor,” who will assume their posts in April and March, respectively, he said.

Dai-ichi Life’s Shinke expects core consumer inflation to accelerate further in January, before slowing due to the effect of government subsidies aimed at curbing utility bills.

The base effect of last year’s sharp rise in consumer prices will also slow the pace of increase in inflation later this year, analysts say.

The BOJ kept monetary policy ultra-loose on Wednesday but raised its inflation forecasts in fresh quarterly projections, as companies continued to pass on higher raw material costs to households.

A Reuters poll on Thursday showed more than half of big Japanese firms planned to raise wages this year, although smaller firms, which employ the vast majority of Japanese workers, are less able to afford pay raises.

Many market players expect the central bank to eventually phase out yield curve control, a policy under which it caps long-term interest rates around zero, though they are divided on how soon that could happen.