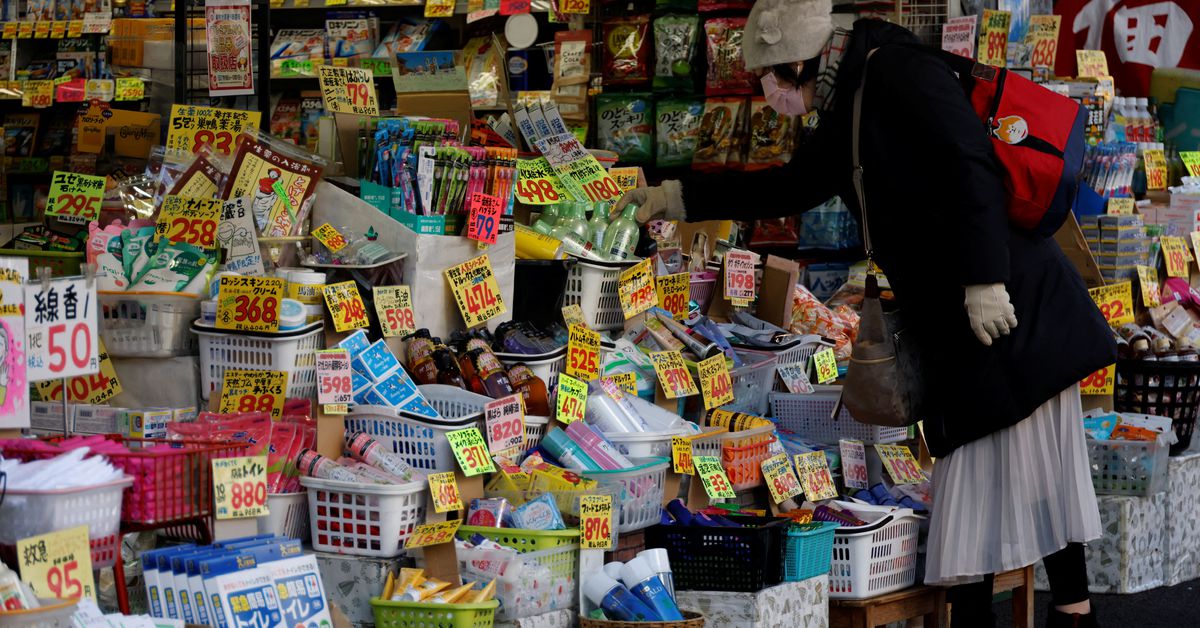 The 10.2% year-on-year rise in the corporate goods price index (CGPI), which measures the price companies charge each other for their goods and services, exceeded a median market forecast for a 9.5% gain, Bank of Japan data showed. It followed a revised 9.7% increase in November.

While global commodity prices slipped, companies continued to pass on past increases in raw material costs for goods such as auto parts and electricity equipment, said a BOJ official briefing reporters on the data.

The yen-based import price index rose 22.8% in December from a year earlier, slowing from a revised 28.0% gain in November, in a sign the currency’s recent sharp ascent helped temper the cost of importing fuel and raw material.

“But such price pressure will gradually weaken with commodity inflation peaking out, and major economies likely to stagnate in the first half of this year,” he said.

Speculation is rampant in markets that the BOJ could soon phase out its massive monetary stimulus as rising inflation pushes up long-term interest rates, testing its resolve to defend a newly set 0.5% cap on the 10-year bond yield.

At a two-day policy meeting ending on Wednesday, the BOJ will likely raise its inflation forecasts and debate whether further steps are needed to address market distortions it sought to fix with December’s surprise tweak to its yield control policy, sources have told Reuters.

Data due out on Friday is expected to show Japan’s core consumer prices rose 4.0% in December, double the BOJ’s 2% target and a fresh 41-year-high, in a sign of rising living costs for households, according to a Reuters poll.