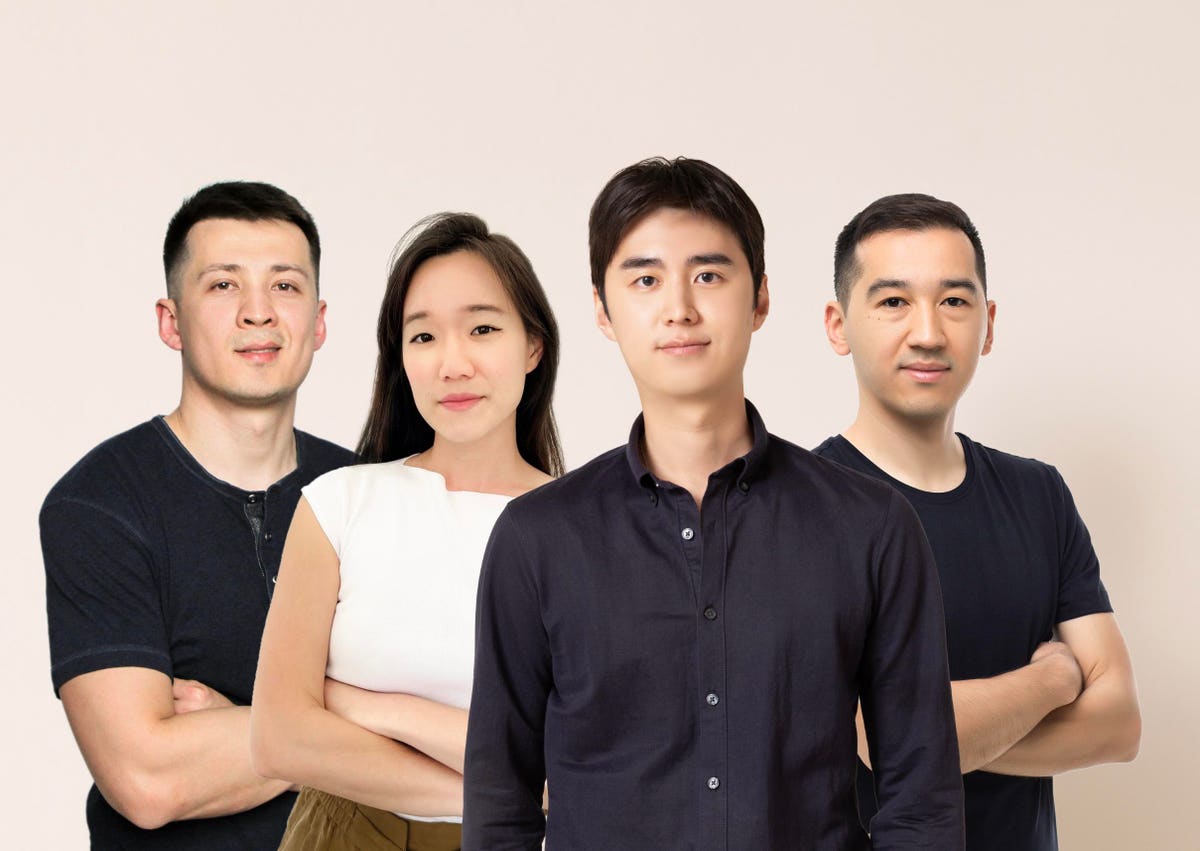 As an Asian mental wellness pioneer, Singapore and Jakarta-based Ami seeks to change narratives about company well-being in the region—and investors see the benefits.

Widespread emotional burnout, brought on by overwork and exacerbated by the pandemic, has forced employers to accept that mental health cannot be ignored in the workplace.

Ami, a rising mental health platform, is bringing companies on board. Founded in January, the Singapore and Jakarta-based startup aims to make mental healthcare more accessible for employees in Asia, through counseling sessions that take place on messaging platforms like WhatsApp.

Cofounder and CEO Justin Kim, a Forbes 30 Under 30 Asia alum from 2020, developed the idea for Ami alongside CTO Beknazar Abdikamalov. The pair are no strangers to breakneck corporate cultures—Kim was previously a product owner at Korean billionaire Lee Seung-gun’s Viva Republica, which operates the finance superapp Toss, while Abdikamalov worked as a software engineer at Amazon.

Now, four months after its beta launch, Ami has closed a $3 million seed round from investors including Meta’s New Product Experimentation (NPE) team, an experimental app division under the tech giant, marking the Facebook owner’s first early-stage startup investment in the Asia-Pacific region.

“We are impressed by the Ami team’s passion and talent and look forward to supporting them as they build on WhatsApp to give people in Asia another way to support their mental health,” says Sunita Parasuraman, who leads NPE’s investments at Meta, which owns the ubiquitous messaging app, in a statement provided to Forbes.

The deal marks Meta’s latest move to expand investments beyond the U.S. since an announcement in December 2021, on the day after Facebook’s rebranding as Meta, that NPE would seek ideas that could “meet the needs of a rapidly changing global society.” In April, NPE announced it would begin hiring for a new office in Seoul,in addition to its existing base in Lagos, Nigeria’s biggest city.

Joining Meta in the funding round are existing investors Goodwater Capital (which has backed Kakao, Coupang and Viva Republica), Strong Ventures, January Capital and Collaborative Fund.

“What we hope to do is to make the narrative around mental health a lot more proactive for individuals who want to adopt a healthier lifestyle.”

As the world tries to recover from the deep economic and social damage caused by the pandemic, clichés about forging a “new normal” have proven true about employee well-being.A March report from the World Health Organization found that the Covid-19 pandemic has triggered a 25% increase in depression and anxiety worldwide.

Looking at Asia, a 2021 report from Singapore’s National Institute of Health estimated that the societal cost of six common mental health disorders was $1.2 billion per year, including employee absenteeism and loss of productivity.

In addition to Singapore and Jakarta—two of Asia’s most vibrant startup hubs—Ami has plans to expand across Asia by offering companies the ability to attract and retain top talent with a concrete mental health support platform, at a time when companies are searching for benefits to provide employees.

“What we hope to do is to make the narrative around mental health a lot more proactive for individuals who want to adopt a healthier lifestyle,” says Kim in a video interview from his home in Singapore. “So they can kind of deal with the stress that inevitably happens on a day-to-day basis, but also could prevent issues from becoming larger than they need to be.”

Ami offers its platform to startups, described as a target due to their relatively more stressful environments, as well as any company that prioritizes retaining top talent in the region. “Our coaches are going to be able to empathize with you, at least in my personal experience, much more than certain traditional clinical solutions might be able to offer,” says Kim, who was diagnosed with generalized anxiety disorder (GAD) in 2019.

When asked how Ami selects its practitioners, Kim noted that his startup would emphasize “the power of relatability” in choosing coaches who are native to each location, and include practitioners with a wide range of backgrounds, ranging from licensed clinical psychologists to career coaches.

“While we do have those licenses and certifications, that’s not the only thing that constitutes a good experience,” Kim says. “You need to have that additional layer of finding what factors the users are looking for…so that’s where we come in.”

During the registration process, users fill out a form detailing what stresses them out most often, and based on their responses, they will be paired with a practitioner who specializes in those issues. Ami will leverage technology to analyze these responses and offer an “extremely frictionless” experience for its users, Kim says, though conversation topics wouldn’t be limited to any specialty.

Given that cities across Asia have different requirements for what constitutes a mental health counselor, Ami works around potential discrepancies by specifying their practitioners are “coaches” on their platform. These coaches would largely be recommended through referrals, which Kim says could help ensure a certain level of quality.

Yet startups like Ami still face a challenge in the form of stigma against mental health, prevalent across Asia. Reaching out for mental health support remains an issue in a region where the very concept of mental illness is repeatedly undermined. A 2020 academic review of stigma against mental illness in China, Hong Kong, Japan, Singapore, Korea and Thailand found that these illnesses were viewed as personal weakness and therefore were less socially acceptable, among other issues.

Kim says that an antidote to the stigma is reframing mental health as “mental wellness,” which everyone, and not just the mentally ill, can benefit from. With support from Ami, employees can discuss anything on their minds, which can lower the perceived difficulty of seeking support. Based on their trial runs, Ami found on average at least 40% of employees used the platform after two months, while Kim says existing solutions in the mental health space rank in the “low single digits” in terms of employee adoption.

At the end of the day, Ami seeks to make tangible improvements to employee well-being, where other wellness solutions provided by companies are underutilized or miss the mark. Kim hopes that as an increasing number of employees share Ami, reluctant users will be encouraged to try the services—ensuring a high engagement rate and retention.

“The last thing we want to be is a product or a benefit that a company buys for a PR release and then sticks on the shelf,” Kim smiles. “What we consider to be very, very important is the percentage of employees who actually use our solutions, and continue to use our solutions over time.”