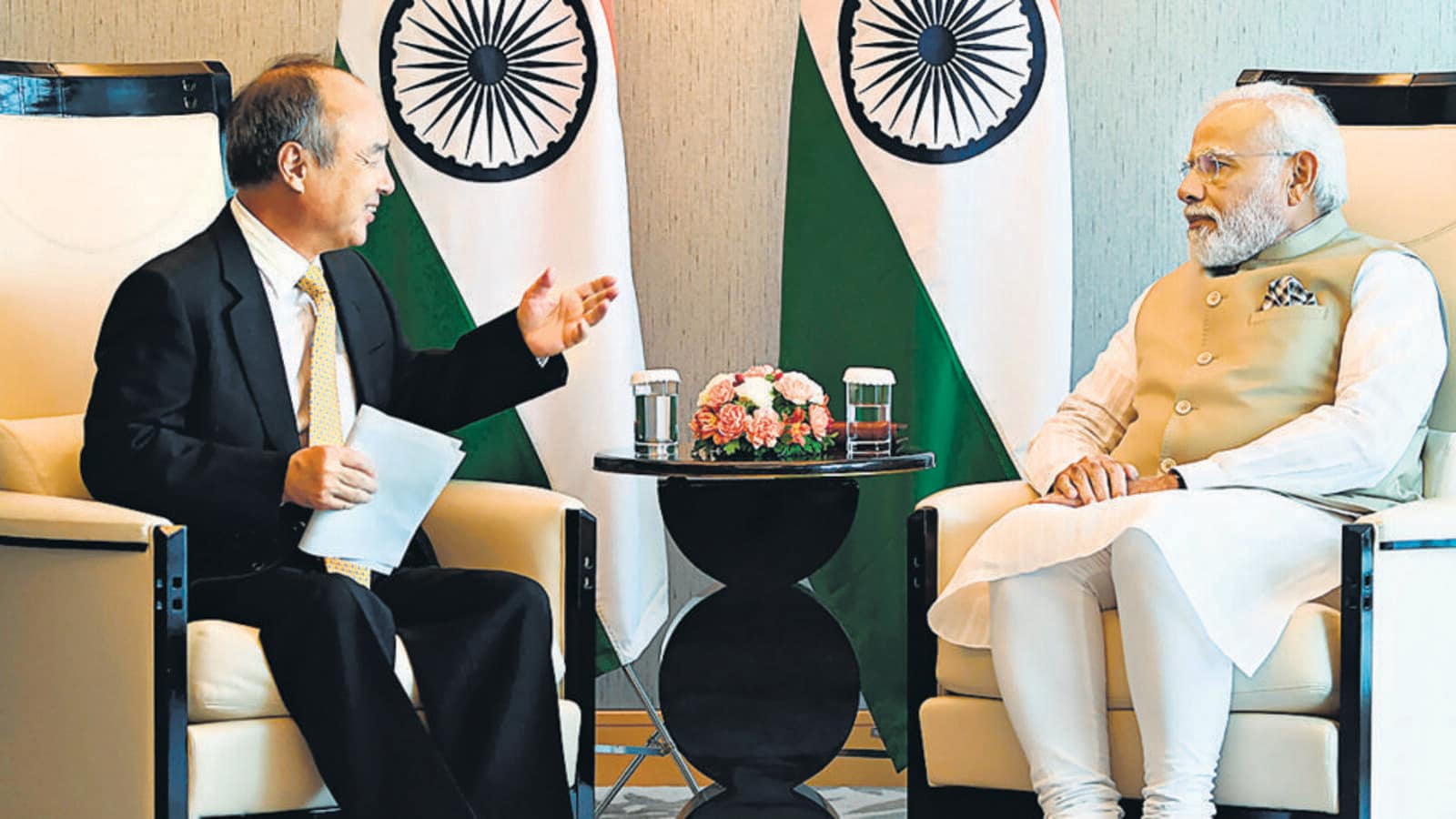 Pitching for greater participation and investments in a diverse range of sectors in India, Prime Minister Narendra Modi met with top industry leaders of Japan on Monday and highlighted the various partnerships already in place between the two countries to promote business ties.

He also chaired a business roundtable attended by executives and chief executives of 34 Japanese companies. A majority of these firms have investments and operations in India. Representatives of Honda Motor Company, Toyota Motor Corporation, Mizuho Bank, Sumitomo Mitsui Banking Corporation and Nomura Securities attended the roundtable.

During his meeting with Son, Modi appreciated Softbank’s role in India’s startup sector and discussed the firm’s future participation in key areas such as technology, energy and finance. They also discussed reforms undertaken by India for ease of doing business, and specific proposals were shared with Softbank regarding enhancing its investments in India, the external affairs ministry said.

During his meeting with Suzuki, Modi discussed investment opportunities in India, including setting up factories to manufacture electric vehicles and batteries, and recycling centres to realise the goal of sustainable growth. They also looked at strategies for building the innovation system in India, including skill development through Japan-India Institutes of Manufacturing and Japanese Endowed Courses.

Modi recalled Suzuki’s contributions in India and appreciated the “transformational role” of Suzuki Motors in the country’s automotive industry. They appreciated that Suzuki Motor Gujarat Pvt Ltd and Maruti Suzuki India Ltd were among applicants approved under the production-linked incentives (PLI) scheme in the automobile and auto component sector, according to the external affairs ministry.

During his meeting with Yanai, chairman of Fast Retailing, the parent company of Uniqlo, Modi invited the firm to enhance its participation in India’s efforts to become a manufacturing hub for textiles. He also invited Uniqlo to take part in the PM-Mitra scheme, which is aimed at strengthening the textiles industry.

Modi and Yanai discussed India’s growing textile and apparel market and investment opportunities under the PLI scheme for textile projects. They also discussed reforms to enable ease of doing business for foreign investors, including in industrial development, infrastructure, taxation and labour, said the ministry.

Modi appreciated NEC’s role in India’s telecommunications sector, especially in undertaking the Chennai-Andaman and Nicobar Islands (CANI) and Kochi-Lakshadweep Islands (KLI) optical fibre cable projects, during his meeting with Endo. He highlighted investment opportunities under the PLI scheme, and they discussed opportunities in India in new and emerging technologies.

The Japanese companies that joined the roundtable represented key sectors such as automobiles, electronics, semiconductors, steel and banking.

According to the ministry, Modi stressed that India and Japan are “natural partners” and noted that during Prime Minister Fumio Kishida’s visit to India in March, both nations had set a target of investments worth five trillion yen over the next five years.

He highlighted recent developments such as the India-Japan Industrial Competitiveness Partnership and Clean Energy Partnership, and talked about initiatives such as the National Infrastructure Pipeline, the PLI scheme and India’s new semiconductor policy.

Despite the slowdown in global foreign direct investment, India attracted investments of $84 billion in the financial year ended March, Modi said, adding this was a “vote of confidence” in the country’s economic potential. He proposed celebrating Japan’s contribution to India’s development in the form of a Japan Week.