Mom-and-pop stores and franchises — mostly offline — account for about 95% of the laundry market in South Korea, according to Laundrygo CEO Sung-woo Cho. But his South Korea–headquartered startup aims to digitize the laundry industry in the country. How? Through an on-demand mobile app that enables users to place an order to pick up and drop off their laundry and dry cleaning within 24 hours. The outfit also operates laundromats and smart factories to handle washing and drying clothes.

According to sources, who wished to remain anonymous because the terms of the deal are confidential, the startup’s post-money valuation is now estimated at $254 million (350 billion KRW), up from $110 million (150 billion KRW) in September of 2021. Laundrygo declined to comment on it, but Cho confirmed that the Series C funding brings its total raised to about $73 million in equity and $14.5 million in debt financing.

He said the inspiration from the company came from an unlikely place. After leaving his job as CEO of Baemin Fresh in 2017, Cho traveled to the U.S. to rest and recharge; while in the States, his rental car was stolen in downtown San Francisco.

“The thief broke the window and stole all my stuff but didn’t take my laundry I put it in the Amazon Fresh bag,” Cho said. It occurred to him that “ordering and delivering laundry service via an app could be safer than I thought if even a thief doesn’t want to have laundry,” including, he imagined, laundry placed in front of a customer’s house.

He quickly got to work on the idea, arranging meetings with laundry experts on the East Coast and visiting laundry factories in New York.

The startup also operates a clothes alteration service, LaundryX, and has built its AI-powered laundry screening system, which automatically sorts laundry. Cho told TechCrunch that its laundromat is not just a self-service facility that enables users to wash and dry their clothes using washing machines and tumble dryers but also has a contactless dry-cleaning machine in the laundromat space that consumers can also use.

The Series C round will help the startup advance its smart factory technology and invest more in the laundromat business, which Cho expects to grow, owing partly to the rise of labor costs.

Laundrygo also has plans to expand geographically. While it just opened its 100th laundromat in South Korea, it intends to open its first laundromat, Laundry24, in New York as early as next year. It is also weighing a move into Japan. Indeed, Cho sees vast opportunity with the global online on-demand laundry market projected to reach $128.5 billion by 2026, up from $18.7 billion in 2019, per a research report.

More acquisitions could also be on the horizon. Last year, for example, Laundrygo acquired A+ Machinery, the U.S.-based laundry solution company, to enter into the smart factory business.

All cleaning is now done in-house with Laundrygo’s smart factory, enabling the company to handle every step, from pickup, cleaning, sorting, folding and delivery. On top of that, Laundrygo says it has developed and uses an environmentally friendly detergent. 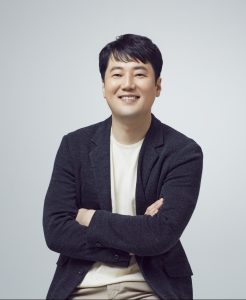 Cho said the outfit — which has snapped up two other businesses in the last two years — will continue to acquire if other laundry-related companies could create synergies with Laundrygo. (He suggested that he might be interested in acquiring a company that sustainably handles garments or that analyzes clothes or clothes materials and determines their optimal wash cycles.)

He said that Laundrygo has already built its service in a way that collects data about the type of brands, materials and laundry information of clothes and that this data should enable the startup to diversify its business.

As for right now, according to Cho, Laundrygo reached 4.4 billion won ($3.3 million) in sales in October, which he said is more than 20 times the revenue the company saw a year ago. He said that overall, the company, which has more than 130,000 registered users in South Korea and more than 500 employees, has tripled its annual sales since 2021.