The Most Successful Greek Startup Deals 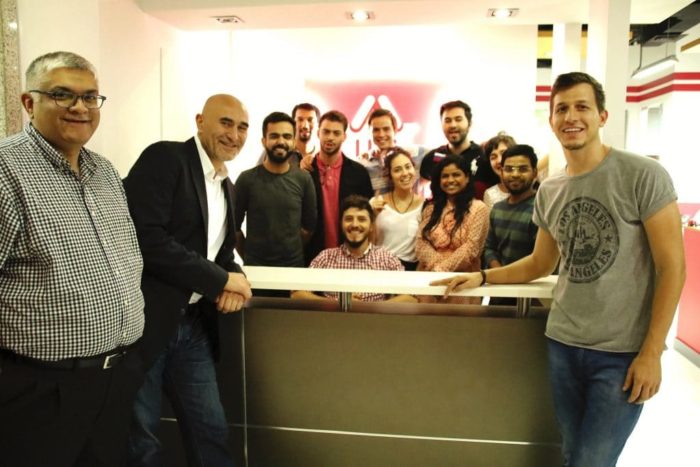 The years of the pandemic have seen the creation of major Greek startup deals with international giants, the latest being that of Viva Wallet.

It is a coincidence, of course, but in 2020 there was a significant increase in international capital invested in Greek startups that had been launched more than 10 years ago.

Main examples of international interest are Viva Wallet and Skroutz, Greek companies that had millions of foreign investment capital.

Now more and more Greek startups are striking multi-million deals with foreign financial giants, making Greece a fertile ground for investment in IT.

Below are five of the most profitable Greek startup deals:

Viva Wallet, the financial and credit payment service started by Haris Karonis and Makis Antypas, is the first Greek “unicorn,” meaning a startup valued at more than $1 billion.

The Greek neobank that was founded in 2000 has just signed a deal with financial colossus JPMorgan for 49 percent of its share for $1 billion, meaning that it is valued at $2 billion.

Viva Wallet is the first European neobank to have a full Microsoft Azure cloud infrastructure, with branches in 23 countries in Europe, employing more than 600 people.

It is an official member of Visa and Mastercard for acquiring and issuing services and provides services in 19 different languages ​​and payments in 10 currencies.

It also offers business accounts with a local IBAN and a Mastercard business debit card.

Viva Wallet Holdings holds a Greek banking license (VIVABANK SA) and an Electronic Money Institution license from the Bank of Greece in accordance with the provisions of the PSD II Directive for activities in the EEA-31 region and the United Kingdom.

The first big investor to Viva Wallet was the family office of Marianna Latsi and Paris Kasidokostas. The Latsis family invested €6 million and the company took off.

Viva Wallet expanded abroad, and later, in 2018, Dimitris Daskalopoulos of Deca invested €15 million ($17 million) in the company, getting a 10 percent share.

Soon Viva was present in 23 more countries and then acquired Praxia Bank, receiving a banking license through that deal.

The second biggest Greek startup deal was the acquisition of InstaShop by German group Delivery Hero in August 2020 for a record amount of $360 million.

The brainchild of Giannis Tsioris started in 2015 in Dubai, when he was working for Philips Marketing Intelligence for the Middle East and Turkey, trying to fill the gap he found in the online food markets in the region.

Tsioris signed a deal with a local supermarket before he was even ready to implement his idea. He resigned from Philips, and formed a small team with Ioanna Angelidakis, the co-founder of the company.

InstaShop is an application that enables its users to place their orders from supermarkets and other local stores and to receive their products whenever they want, even half an hour after the order.

Consumers can make their purchases directly from their mobile phone or computer with three clicks and receive their orders with an estimated delivery time from 30 to 60 minutes, paying either in cash or by card.

The company is headquartered in Dubai, due to the complex business regulations in Greece and difficulties in accessing bank loans.

The success of InstaShop had Prime Minister Kyriakos Mitsotakis invite the two founders and congratulate them for the Greek startup deal.

In May 2020, Microsoft announced the acquisition of Softomotive after a long period of negotiations for the reported amount of $100 million.

Softomotive, which is part of the Endeavor network and one of the biggest success stories in Greece, is considered one of the first companies to enter the Robotic Process Automation (RPA) market.

RPA is software used to automate processes that would be performed by a user on the computer. In other words, it automates repetitive and monotonous tasks that are performed by humans.

The software allows employees more time to deal with more important aspects of their work and thus contribute more to the company.

Softomotive was founded in Athens in 2005 by Marios Stavropoulos and Argyris Kaninis specializing in Robotic Process Automation (RPA).

In 2008, The Greek startup created the first desktop automation platform, WinAutomation, and in 2016 they created the ProcessRobot platform for automated corporate operations in IT.

In 2018, the founders moved their headquarters to London. Today, Softomotive serves thousands of customers around the world, having offices in India, New York and Korea.

The same year Softomotive announced financing of $25 million from the Grafton Capital investment company, one of the largest investments a Greek startup has ever received.

In February 2019, Softomotive joined the global network of Endeavor, the international non-profit organization supporting entrepreneurship, with a presence in 40 countries.

In 2013, Alexandros Tsilfidis and Elias Kokkinis decided to create Accusonus and “introduce” machine learning into the music industry, specifically in digital audio processing.

Today, their products are used by hundreds of thousands of users worldwide, including  Grammy Award-winning producers.

It is no surprise then that within the next few days Meta Platforms Inc (FB.O), the owner of Facebook, will acquire the Greek audio software startup.

With the help of Michael Tzannes as a private investor and co-founder and the addition of later investments, the company gradually developed innovative products that improve the creation, processing and audio “repair,” of files, turning computers into the ideal tools for music.

These products (Drumatom, Regroover, ERA Bundle, Mauvio, and SFX Cellar) are currently used by millions of music creators, producers and recording studios around the world.

Thanks to the team from Patras, the startup of 40 employees has customers in 100 countries, including the USA, United Kingdom, Germany, Japan and others.

Thanks to the success, the company continues to innovate, now from Boston, Patras and Athens, constantly developing new products and coming closer and closer to its vision to “democratize production of audio and video content.”

According to reports, Meta will acquire Accusonus with a valuation close to $100 million and at the same time establish its presence in Greece with a subsidiary, in fact within the framework of the newly ratified development law.

Meta plans to set up a Metaverse research and development center in Greece with a total investment of up to $200 million and will integrate Accusonus technologies into its platforms.

Think Silicon is a Greek startup based in Patras, active in the design and implementation of Graphics Processors Units (GPUs) and Display Processors / Controllers for the emerging market of Internet of Thinks (IoT) and wearable devices such as smartwatches.

George Sidiropoulos and Dr. Iakovos Stamoulis founded the company in 2007 with fewer than 20 employees and according to experts created a new market from scratch.

The venture capital firm Metavallon, which financed Think Silicon in 2019, stated after the Greek startup deal that “this is the largest acquisition in the field of high technology (deep tech) in Greece.”

According to the Applied Materials announcement, the management and executive staff of Think Silicon will remain in Patras and Athens and continue to serve their ever-growing international clientele.

Applied Materials, based in Santa Clara, California, is a world leader in materials technology for the production of almost every new computer chip and advanced display in the world.

It has a presence in 18 countries and employs more than 22,000 people worldwide, and holds over 13,300 patents. Last year it invested $2.1 billion in research and development.